Meet Inspiring Speakers and Experts at our 1000+ Global Events inclusive of 300+ Conferences, 500+ Workshops and 200+ Symposiums Every year on Medical, Pharma, Engineering, Science, Technology and Business.

Theme: Integrating Inventions and Innovations in the field of Laser Science

There can be no question that in the 50 years since its invention, the laser has driven scientific and technological innovation into virtually every facet of modern life. From surgery to communications, from medical diagnostics to printing, from metal-cutting to retail management, the laser has proven an essential and transformational tool. Scientists and engineers continue to find new uses for the laser every day. Some wide-reaching areas on the horizon for laser technology include improved cancer diagnoses, faster Internet speeds, and clean sources of energy, black hole exploration and much more.

Lasers optics events are well established in many manufacturing technologies, for precision delivery of intense power for scribing, cutting welding, and for precise 2D and 3D metrology. The many thousands of less powerful - but precise - lasers cutting fabrics, making patterns in glass blocks, customizing trophies and so on, really show how the laser has moved from technical marvel to common tool. Lasers in hospitals, dermatological suites, dental surgeries and eye clinics benefit many, day in, day out. Estimates suggest that the world market for lasers in 2007 alone was worth more than £4Bn!. The total number of laser patents issued since its invention is well over 50,000.There are more than 75 institutes across the world doing research in the advances of Laser Technology.

Track 2 :  Engineering of Components in Photonics:

Photonics science includes the generation, emission, transmission, modulation, signal processing, switching, amplification, and detection/sensing of light. Though covering all light's technical applications over the whole spectrum, most photonic applications are in the range of visible and near-infrared light. Photonics can be seen as one of the major enabling technologies of the last decades, leading to new products and services with significant economic benefits. The huge diversity of products with photonic components demonstrates the positive impact to the rise in the growth of economy. No sector of business or industry remains untouched by photonics, the science of generating and harnessing light.

Nanotechnology, optoelectronics, and photonics are expected to make a significant impact on the way we see the world today. Nano photonics emerged from nanotechnology, photonics, and optoelectronics; the technology provides high thermal resistance, energy efficiency, and longer operational life. As a result, it has been gaining acceptance from companies, which is expected to drive the market. Increasing investment in end-use industries including consumer electronics, telecommunications, and solar power conversion systems is also expected to fuel market growth over the next few years. However, high research and development cost coupled with high cost of raw materials as well as equipment is expected to restrain the industry from realizing its full potential. In order the overcome this barrier, prices need to be lowered, and standardization needs to be established for filing patents. Biophotonics can also be described as the "development and application of optical techniques, particularly imaging, to the study of biological molecules, cells and tissue". One of the main benefits of using optical techniques which make up Biophotonics is that they preserve the integrity of the biological cells being examined. Many researchers across the world are doing massive research in the field of Biophotonics. The Nano photonics components market is expected to reach over $3.6 billion by 2014, while the Nano photonics device market is expected to grow at a CAGR of more than 100% from its current market size of $1.8 billion to $58 billion in 2016.

Optical technologies optics conferences are expanding into literally all areas of modern life. Already, over 90   percent of all the data transferred for the telecommunication is transmitted by optical fiber.in microelectronics, storage media and microprocessors are produced using optical techniques. Medicine, too, is increasingly relying on optical technologies, for both diagnosis and therapy and in production engineering, laser techniques are systematically gaining ground in metrology and manufacturing. High productivity, flexibility and quality are the key advantages of laser technology, which this year celebrates its 50th anniversary. Most of the mainstream laser categories were developed five decades ago but the commercialization started with CO2 lasers being used in most of the industrial applications. The new lasers like femtosecond and disc lasers operate on the conventional principles, but compete with previous forms of lasers in output power and efficiency. In spite of being very technical in terms of installation and usage, lasers continue to be part of cutting edge high end devices across verticals.

Power electronics technology has achieved a significant prime of life after a number of decades of dynamic evolution of power semiconductor devices, converters, PWM techniques, machines, motor drives, advanced control systems, and simulation techniques. The impact of this industry is felt not only on the global industrialization and general energy systems, but also on energy conservation, renewable energy systems, and electric/hybrid vehicles; as well as in the medical field related applications.

The electronics industry is evolving at an extremely rapid pace and innovations are becoming obsolete at a pace faster than actual research and development. Companies across the value chain will need to identify where the electronics product designs, test, and manufacturing will evolve to post-2020. IT infrastructure, cloud computing, network security, and wireless technologies are all key growth areas and evolving rapidly. Global Microelectronics Cleaning Equipment Market worth $5.86 billion by 2017.

lasers conferences 2015 Technological advancements in laser technology have created a plethora of applications in the medical field, leading to significant rise in the number of procedures carried out using lasers. Smaller incisions, lesser pain and faster recovery times are some of the benefits laser technology offers. Currently, lasers are used in a wide range of applications in areas such as ophthalmology, oncology, cosmetic surgery, cardiology, dentistry, gynecology, dermatology, gastroenterology, diagnostics, and urology. Surgical lasers are especially expected to benefit from the increasing adoption of laser procedures in non-invasive applications such as hair removal and skin rejuvenation.

As stated by the new market research report on Medical Laser Systems, the United States represents the largest market worldwide. Asia-Pacific is projected to emerge as the fastest growing market with a CAGR of 12.6% over the analysis period. Surgical Lasers represents the largest product segment in the global medical laser systems market. Lasers have been increasingly finding adoption in surgical procedures, largely due to the advantages offered. Surgical lasers have evolved from large and complicated equipment to hand held diode lasers and even smaller lasers made of fiber. These advanced lasers are finding new applications in medical fields such as hair removal and skin rejuvenation procedures. Growth in the global market is also expected to be spearheaded by Diagnostic Lasers.

On the basis of application: The different processes pertaining to this market are segmented in terms of cutting, drilling, marking and engraving, micro-processing, and advanced processing. These processes are used in various applications for different verticals.
The global market of lasers in industry is expected to grow to $17.36 billion by 2020 from its 2013 market size of $ 11.24 billion, at an estimated CAGR of 6.18% between 2014 and 2020.

The potential economic impact of photonic technologies in the next ten years is considerable and a number of industrial organizations have predicted growth rates of up to 25% with total markets of hundreds of billions of dollars. One important aspect of the photonics component market is that it enables much larger, systems-level technologies. Businesses in the field of photonics and light-based technologies work on solving key societal challenges, such as energy generation and energy efficiency, healthy ageing of the population, climate change, and security. photonics meetings Photonic technologies have major impact on the world economy with a current global market of €300 billion and projected market value of over €600 billion in 2020. Growth in the photonics industry more than doubled that of the worldwide GDP (gross domestic product) between 2005 and 2011.Photonics impacts around 10% of the European economy. This leverage is generated by a European photonics market worth €58.5billion (21% of the world market) and a European photonics industry employing 290,000 people.

Laser safety is EVERYONE'S concern! A laser is as safe or as hazardous as the user–and that user's knowledge and skill, defines how well laser safety is managed.

Many institutes across the world offer Laser safety manuals and protocols to all the professionals dealing with laser in various fields.

Laser Tech 2015 welcomes attendees, presenters, and exhibitors from all over the world to Berlin,Germany. We are delighted to invite you all to attend and register for the“International Conference and Trade Fair on Laser Technology (Laser Tech 2015)”which is going to be held during July 20-22, 2015 at Orlando, Florida, USA.

The organizing committee is gearing up for an exciting and informative conference program including plenary lectures, symposia, workshops on a variety of topics, poster presentations and various programs for participants from all over the world.We invite you to join us at the Laser Tech 2015, where you will be sure to have a meaningful experience with scholars from around the world. All members of the Laser Tech-2016 organizing committee look forward to meeting you in Florida, USA.

Laser Tech-2015 aims to bring together leading academic scientists, researchers and research scholars to exchange and share their experiences and research results about all aspects of Laser Science. It also provides the chance for researchers, practitioners and educators to present and discuss the most recent innovations, trends, and concerns, practical challenges encountered and the solutions adopted in the fields of Laser Science.

Laser Tech-2015 is an international platform for presenting research about Laser, Optics, Photonics and Microelectronics, exchanging ideas about it and thus, contributes to the dissemination of knowledge in Laser Science for the benefit of both the academia and business. This event brings together world class scientists, Researchers and Academicians to explore the recent advancements that are taking place in the field of Laser Science.

Florida is a state in the southeastern region of the United States, bordered to the west by the Gulf of Mexico, to the north by Alabama and Georgia, to the east by the Atlantic Ocean, and to the south by the Straits of Florida. Florida is the 22nd most extensive, the 4th most populous, and the 8th most densely populated of the 50 United States. The state capital is Tallahassee, the largest city is Jacksonville, and the largest metropolitan area is the Miami metropolitan area.

Much of Florida is a peninsula between the Gulf of Mexico, the Atlantic Ocean, and the Straits of Florida. Its geography is notable for a coastline, omnipresent water and the threat of hurricanes. Florida has the longest coastline in the contiguous United States, encompassing approximately 1,350 miles and is the only state that borders both the Gulf of Mexico and the Atlantic Ocean. Much of the state is at or near sea level and is characterized by sedimentary soil. The climate varies from subtropical in the north to tropical in the south. Some of its most iconic animals, such as the American alligator, crocodile, Florida panther and the manatee, can be found in the Everglades National Park.

Florida was a challenge for the European colonial powers before it gained statehood in the United States in 1845. It was a principal location of the Seminole Wars against the Indians, and racial segregation after the American Civil War. Today, it is distinguished by its large Hispanic community and high population growth, as well as its increasing environmental concerns. Its economy relies mainly on tourism, agriculture, and transportation, which developed in the late 19th century. Florida is also known for its amusement parks, the production of oranges, and the Kennedy Space Center.

A Unique Opportunity for Advertisers and Sponsors at this International event:

Major Marketing Associations around the Globe

The Association of AILU Laser Users

To Collaborate Scientific Professionals around the World

All accepted abstracts will be published in respective Our International Journals.

Abstracts will be provided with Digital Object Identifier by 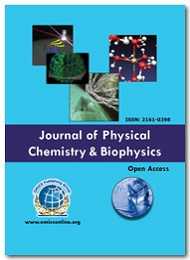 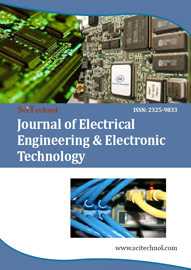 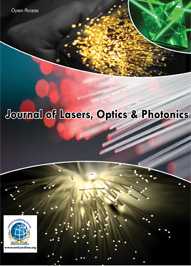